Fenny Compton-based Century Motorsport has announced that Charlie Robertson and New Braunsfel, Texas-based Parker Chase will be sharing the driving duties in its second Ginetta G55 GT3 entry in the 2017 British GT Championship.

Chase already has one years’ experience in the GT4 version of the Ginetta G55, having raced in the 2016 Pirelli World Challenge for Performance Motorsport Group and finishing fourth in the drivers standings. 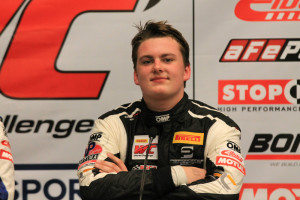 Chase is delighted at the opportunities that the Century Motorsport campaign offers.

“I am very excited to extend my arrangement with Ginetta,” said Chase. “2016 was an incredibly successful year in the G55 GT4. I can’t wait to be part of the 2017 season with Ginetta in the GT3 car. This will be another exciting year. I really appreciate all of Ginetta’s support.” 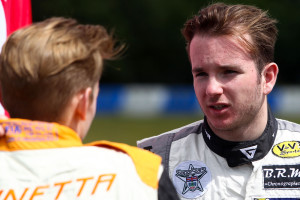 Robertson has extensive experience of Ginetta, having won the 2012 Ginetta Junior title and the 2014 Ginetta GT4 Supercup. Robertson further extended his relationship with the Garforth-based constructor when he won the 2015 European Le Mans Series LMP3 class alongside Sir Chris Hoy. As a development driver for Ginetta, Robertson has also been responsible for much of the GT3 car’s winter testing programme.

“I’m very excited to be racing with Century Motorsport, partnering Parker Chase in British GT,” said Robertson. “It will be a new challenge for both of us, and my first full season in GT3.”

Century Motorsport Team Principal Clive Freke said: “2017 is set to be a very significant year for Century Motorsport where we hope to try and stick to what we do best, but push the boundaries by investing in British GT, but this time entering two cars into GT3 for the first time.”

Photo: BritishGT.com 2016 GT4 champions Graham Johnson and Mike Robinson have announced that they will race in the GT3 class for the season finale of the 2018 British GT Championship at Donington Park on September 23. Johnson and Robinson will take over the Balfe Motorsport McLaren 650S GT3, previously campaigned in 2018 by Shaun Balfe […]

Photo: Snetterton Grid – 2016 (BritishGT.com / Jakob Ebrey) The 2017 British GT Championship visits Snetterton Circuit in Norfolk on May 27 and 28 for, hopefully, a sun-drenched, action-filled Bank Holiday weekend of top-level motorsport. The weekend sees the second and final meeting where competitors and spectators are treated to the two one-hour race format […]