Nick Tandy and Neel Jani put the #1 Porsche LMP Team Porsche 919 Hybrid on pole position for the 6 Hours of Bahrain, the final round of the 2017 FIA Endurance Championship.

Taking the third grid slot will be the sister #2 Porsche 919 Hybrid in which 2017 Drivers Champions Brendon Hartley and Earl Bamber averaged 1:40.011.

In the LMP2 class pole position was taken by the #36 Signatech Alpine Matmut Alpine A470 in which André Negrão and Gustavo Menezes averaged 1:47.277. 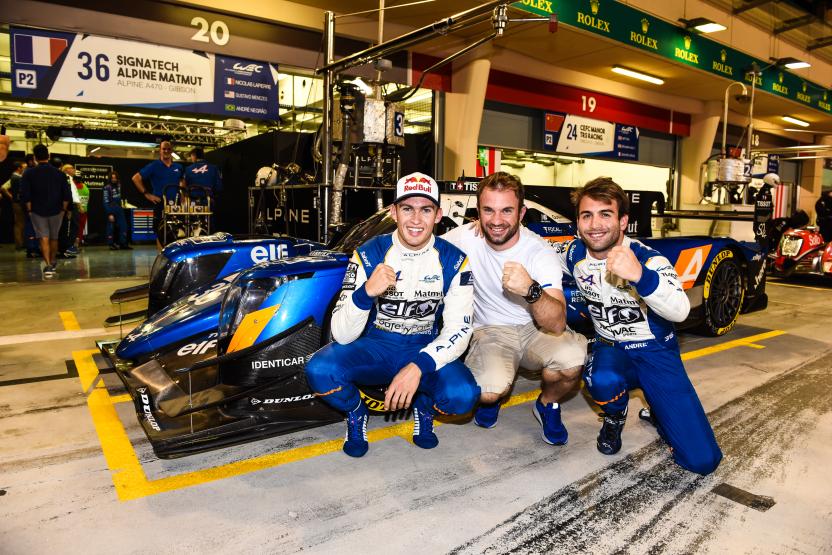 Lining up alongside the #36 entry will be the #38 Jackie Chan DC Racing ORECA 07 in which was qualified by Thomas Laurent and Ho-Pin Tung averaged 1:47.612.

AF Corse topped the time sheets in the LMGTE Pro category after Davide Rigon and Sam Bird put the #71 Ferrari 488 GTE on class pole with an average 1:56.033.

LMGTE Pro standings leader AF Corse, with its #51 Ferrari F488 GTE, will start from fourth on the grid.

The final round of the 2017 FIA World Endurance Championship, the 6 Hours of Bahrain starts at 16:00 local time on Saturday November 18.

The No 1 Porsche Team 919 Hybrid, driven by Timo Bernhard, Mark Webber and Brendon Hartley won the 6 Hours Of The Cicruit Of The Americas, giving Porsche its third win on the circuit. In second place was the No 8 Audi Sport Team Joest Audi R18 with the driver lineup of Lucas di Grassi, […]

Alpine on pole for Sebring WEC

Nicolas Lapierre, at the wheel of the #36 Alpine Elf Team Alpine A480, put the the French car on pole for the 1000 Miles of Sebring, the opening round of the 2022 FIA World Endurance Championship. Lapierre put in a 1:47.407 on his third lap of three to go over 1.3 seconds quicker than Olivier […]