With less than four weeks to the Media Day and season launch of the 2017 British GT Championship, there was plenty of news from across the world of sportscar racing to whet our appetites for the year ahead.

Looking at the British GT Championship, In2Racing has confirmed that it will campaign two McLaren 570S GT4s this season. The Stratford-upon-Avon-based team had planned a to race a Porsche Cayman GT4 in last year’s championship but was unable to take delivery of a car in time to enter the season fully prepared.

However, In2Racing is back in 2017 with the McLaren 570S GT4, a car which made its debut at the 2016 British GT Media Day. The team has also announced its first driver line-up.

Gareth Howell and Richard Marsh will pilot the first of its entries. A full-time McLaren development driver, Howell is returning to racing for the first time since 2010. Although he has plenty of development miles under his belt in the road-going car, he has only tested the GT4 version of the 570S.

Richard Marsh has previous experience in the British GT Championship, having had four outings in 2008 in the Chad Peninsula Racing Ferrari 430 GT3. 2017 will be his first year in GT4 machinery. You can read the full story on EnduranceAndGT.co.uk here. 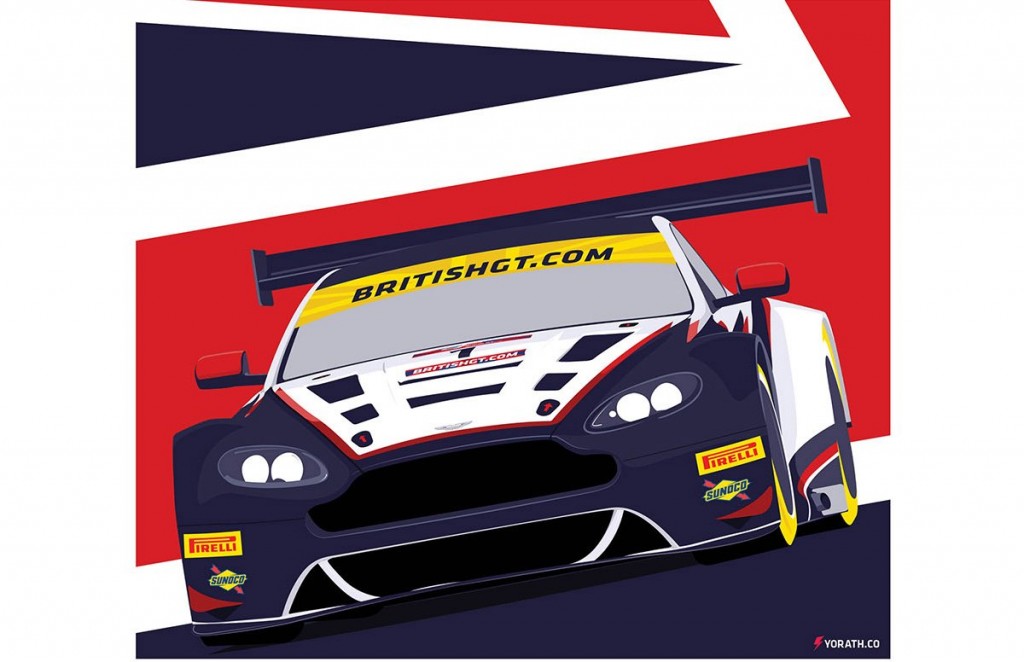 AmDTuning.com, having announced last year that it would be campaigning the new Mercedes AMG GT3 in 2017, confirmed that Lee Mowle and Ryan Ratcliffe will be sharing driving duties. Ratcliffe, by his own admission, had a difficult year in 2016 when his full-season entry in the Optimum Motorsport Audi R8 LMS GT3 was brought to a premature conclusion. Ratcliffe is excited by the opportunities presented this season.

“I think me and Lee will be a good pairing who can run towards the front end of the grid,” said Ratcliffe. “I think we’ll have good pace when it comes to the races where strategy will also play a role, and I’d like to think we can challenge for podium positions.”

AmDTuning.com was out testing the car this week and both drivers, via their comments on social media, seem confident that the car will deliver on its promises. Read the full story on EnduranceAndGT.co.uk  here.

Team Parker Racing, after an exciting debut season last year for its Bentley Continental GT3, announced that it will place two full-season examples of the iconic marque on the grid in 2017. 2016 driver pairing Seb Morris and Rick Parfitt Jnr enjoyed three pole positions and a win at Oulton Park to finish third in the GT3 Drivers Championship. This week the team announced that Ian Loggie and Callum Macleod will be piloting the first of its entries this year.

Loggie and Macleod have experience in the Bentley Continental GT3, having raced in the 2016 Blancpain GT Series. They also made British GT Championship appearances at Silverstone and Spa-Francorchamps. Read the full story on EnduranceAndGT.co.uk here.

There was exciting news this week from Ginetta. After announcing its project to build an LMP1 car for 2018 in January, the team confirmed that Mecachrome has been appointed as engine supplier for the car.

Ginetta Technical Director Ewan Baldry said of the appointment: “We are delighted to be working with Bruno (Engelric – Mecachrome Motorsport Manager) and Mecachrome on the Ginetta LMP1 engine. Both parties see the current landscape in LMP1 as the perfect opportunity to become involved in the project and we look forward to a very exciting 2017.”

Ginetta has also confirmed the appointment of Paolo Catone as a full-time consultant on its LMP1 project. Catone was part of the Peugeot LMP1 project and, more recently, the BR01 LMP2 project.

Elsewhere the driver line up for the #77 Dempsey-Proton Porsche 911 RSR has been finalised. Christian Ried, Marvin Dienst and Matteo Cairoli will share the driving duties in the 2017 FIA World Endurance Championship. You can read the full story from FIAWEC.com here.

In the IMSA WeatherTech SportsCar Championship, Ford Chip Ganassi Racing has announced that it will enter three Ford GTs at the 12 Hours of Sebring on March 18.

Dave Pericak, global director, Ford Performance said: “We wish we could send all four cars like we did at the Rolex 24 At Daytona but the WEC cars will already be prepped for The Prologue test at Monza and the first race of the season at Silverstone. Even though it’s impossible to bring all of our Ford GTs, we didn’t want to see this important opportunity to continue our cross-development pass us by”

You can read the full story from IMSA.com here.

Looking east, the Automobile Club de L’Ouest has announced the dates for the 2017 Asian Le Mans Series Sprint Cup. The series will be held over four rounds at the Sepang International Circuit. The dates are listed here.

The British GT Championship has published its full-season entry list for 2019 at its pre-season Media Day at Donington Park, revealing a record 38-car grid across the GT3 and GT4 classes. 15 cars will context the GT3 class with the Aston-Martin brand being the manufacturer with the largest presence. Four new Aston Martin Vantage GT3s […]

Shaun Balfe and Rob Bell put the #22 Balfe Motorsport McLaren 720S GT3 on pole position for the final round of the 2019 British GT Championship, Balfe and Bell lapping .615 seconds quicker on aggregate from the #72 Barwell Motorsport Lamborghini Huracán GT3 driven by Adam Balon and Phil Keen. Completing the top three on […]

Silverstone-Based RAM Racing has announced that it will return to the British GT Championship in 2019 with a Mercedes-AMG GT3 to be driven by Ian Loggie and Callum Macleod. The announcement means that Loggie and Macleod will switch from Team Parker Racing and the #7 Bentley Continental GT3 in which the duo finished ninth in […]